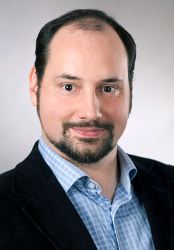 I work as a Senior Applied Scientist at Amazon Alexa AI. Before, I've developed improvement processes and machine learning modeling for chatbots at OttoGroup data.works as a Senior Data Scientist, and did consulting, architecture, and implementation work around natural language processing as a Senior Cognitive Expert at IBM Services.

I have been a visiting professor (“Professurvertretung”) at
the Institute for Computational Linguistics of
the Ruprecht-Karls-Universität Heidelberg from Winter 2013/2014 to Winter 2015/2016 and worked as a Staff Applied Scientist for Natural Language Processing at LinkedIn in Dublin from April to May 2016, and I worked as a Senior Computational Linguist / Team Lead Natural Language Generation for LangTec, a small language technology and NLP consultancy in Hamburg. 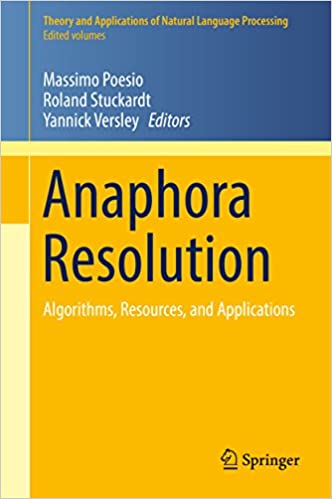 I co-edited a new handbook on Anaphora Resolution that recently appeared with Springer.

My courses in Heidelberg ranged from an Introduction to Computational Linguistics and Mathematical Foundations which familiarizes first semesters with basic dynamic programming techniques and algorithms for syntactic and semantic processing, as well as the basics of linear algebra, to specialized Master-level courses on structured inference techniques for machine learning, an introduction to statistical parsing techniques, as well as a research module for Master-level students which resulted in two SemEval submission on semantic parsing and supersense tagging tasks.

You can reach me at my email address,
For those interested, here is my CV.

I am interested in the question how the knowledge we have of the entities we talk about influences the way we talk about them, more specifically, what part of the whole "world knowledge" does actually influence the (syntactic and discourse) structure of our language (and how?). By extension, or sometimes as an interest of its own, I'm interested in techniques that allow the efficient construction of performant, interpretable, and accurate components for computational text understanding -- preferably without the effort that precludes anyone but a few big companies from using it.

I have defended my PhD thesis (University of Tübingen, advisor: Erhard Hinrichs) on the resolution of nominal anaphora using semantic information derived from large corpora, in June 2010. The thesis is available electronically.

I have reviewed articles for (special issues or regular articles in) journals including Computational Linguistics, Dialogue and Discourse, Lingua (pre-2016) as well as Natural Language Engineering.

I co-organized the workshop on Distributional Similarity beyond Concrete Concepts at CogSci 2009, as well as several workshops of a series of workshops on Statistical Parsing of Morphologically-Rich Language (SPMRL 2013, SPMRL-SANCL 2014, SPMRL 2014). I served as an area chair for the area of "discourse semantics" at the StarSem 2014 conference.

This site was made using (a modernized version of) the terrafirma layout from the Open-source Web Design page. I have changed the colors to match my graphics and changed the plant image to a view of Tübingen (near Stiftskirche) which I made in January 2006. Templating is done using jinja2 and kelvin.

For a full list, see Google Scholar or Microsoft Academic.

pdf]
Versley, Y. and Gastel, A. (2013)
Linguistic Tests for Discourse Relations in the TüBa-D/Z Treebank of German. S. Dipper, B. Webber and H. Zinsmeister (eds.): Beyond Semantics: the challenges of annotating pragmatic and discourse phenomena. Dialogue & Discourse 4(2), 142–173. [

pdf]
Haas, M. and Versley, Y. (2015): Subsentential Sentiment on a Shoestring: A Crosslingual Analysis of Compositional Classification Proceedings of NAACL-HLT 2015 [

pdf]
Versley, Y. (2006)
Disagreement Dissected: Vagueness as a Source of Ambiguity in Nominal (Co-)Reference ESSLLI 2006 Workshop on Ambiguity in Anaphora . [

Neural Networks are Quite Neat (a rant)
After decades of Neural Network overhype, and a following time of disrespect, Neural Networks have become popular again - for a reason, as they can fit large amounts of data better than the feature-based models that came before them. Nonetheless, people who lived through the first overhyped episod are asking critical questions - the answers to which are (hopefully!) enlightening (more ...)

The brave new world of search engines
In an earlier post, I talked about current Google's search results in terms of personalization, and whether to like it or not. This post takes another aspect of 2011 Google search: what they do with complex queries. For a more current perspective, see this presentation (by Will Critchlow) from 2013. (more...)

Simple Pattern extraction from Google n-grams
Google has released n-gram datasets for multiple languages, including English and German. For my needs (lots of patterns, with lemmatization), writing a small bit of C++ allows me to extract pattern instances in bulk, more quickly and comfortably than with bzgrep. (more...)

Fast dependency parsing
For doing syntactic preprocessing without spending too much time (CPU or engineering) on it, SpaCy and NLP4J should be among the first things to try. SpaCy covers English and German, whereas NLP4J covers only English, but is trained on biomedical treebanks (in addition to the WSJ news that everyone trains on), which makes it especially useful for that kind of texts. If you're looking towards parsing French, the Bonsai Model collection from the French Alpage group and the Mate Parser from Bernd Bohnet (now at Google) are good first guesses. If you have a suitable treebank at hand and want neural network parsing, you might as well try UDPipe and its Parsito parser (for speed) or the Stanford NLP group's Stanza toolkit which implements a successor to the BiLSTM graph-based parser by Eliyahu Kiperwasser and Yoav Goldberg (for accuracy).

Neural Network Toolkits
My favorite toolkit for modeling natural language text using LSTMs and other gadgetry is PyTorch, most often using the framework and components from AllenNLP. Before PyTorch became popular, I was a fan of DyNet, which uses dynamically constructed computation graphs and allows to model recursive neural networks and other gadgetry without much fuss.